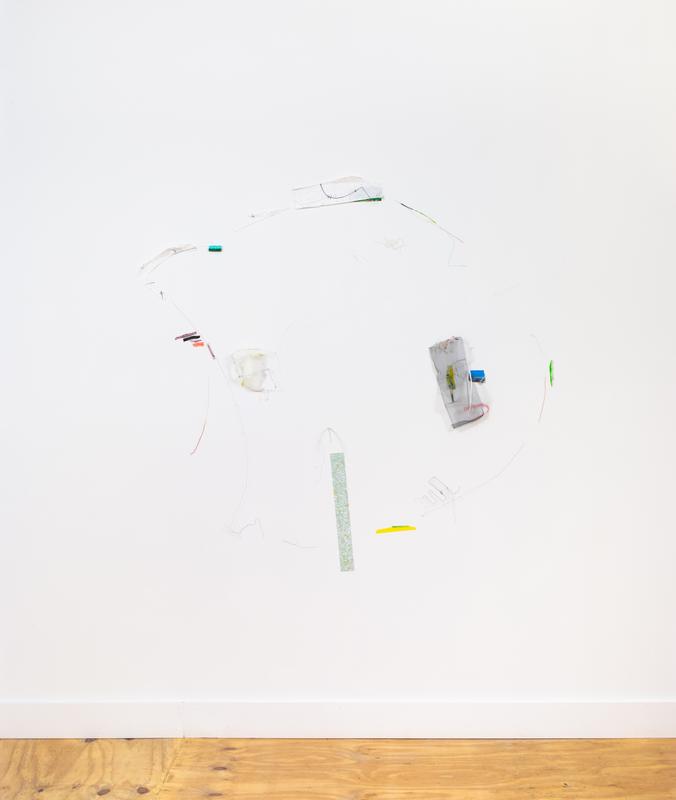 If we consider art its own language – a means to communicate – then are all artists perpetually contributing to an ever-growing common language – a lingua franca – as all speakers are verbally? Art History studies movements and periods, but what is to be said of a visual slang or vernacular – a thread not freely tied to generation or surrounding, but one that ebbs and flows progressively forward at its own rate.

Lingua Franca seeks to do nothing more than examine a group of artists I’ve observed to exemplify this concept. The nine participating artists each create work that exists between media – painting imbued with performance, sculpture imbued with painting, photography imbued with drawing. And, though, each artist investigates form, image, shape, space, color (etc.) in their own entirely disparate vocabularies, there is a clear, unspeakable, connection between each of the works included.

This exhibition has been growing slowly over the past six years. As I’ve seen, seen more, and seen again, in museums, studios, theatres, galleries, and there in-between, I became curious about these visual connections I was almost inescapably seeing. Artworks in conversation with other artworks, despite the artists themselves not being in direct conversation with one another. Artists of different generations, ‘genders,’ circumstances (etc.) creating work that inhabits the same world – speaks the same language.

What this is to say about the times (globally, politically) or the connections between these artists’ environments, I’m not sure, but I find it endlessly interesting to pick up on any of the infinite threads of these languages… even if just to appreciate.