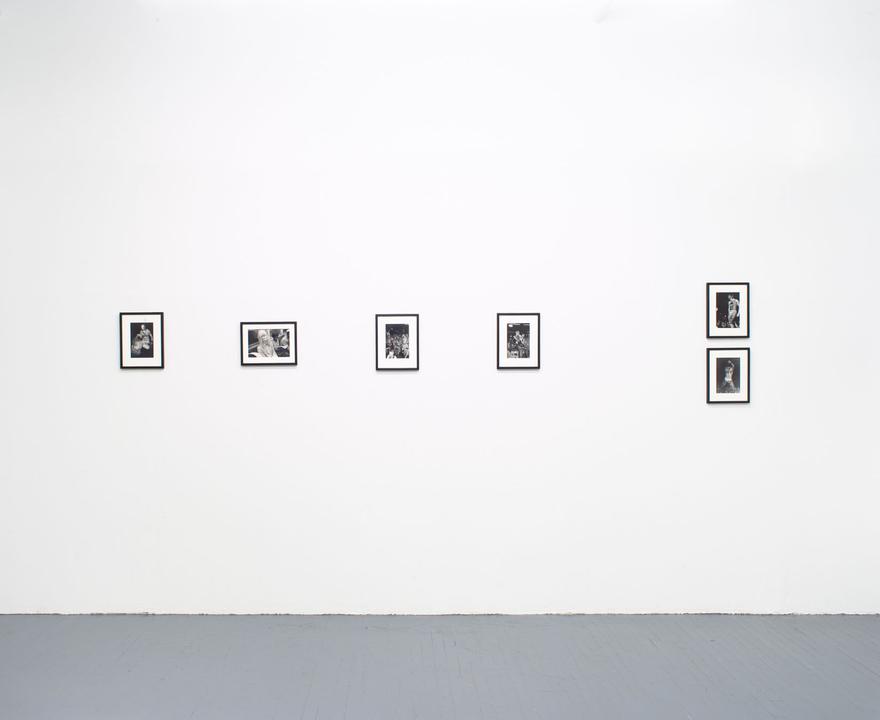 Kapp Kapp is very pleased to announce Stanley Stellar: Night, Life, an exhibition of 24 vintage photographs documenting New York’s nightlife between 1981 – 1997 and celebrating the notion of community, which has been an essential element of queer survival through the last five decades. This marks the gallery’s second solo exhibition with the legendary street and studio photographer and marks Stellar’s first solo exhibition in New York City since 2011 and his first New York gallery exhibition since 1997. Kapp Kapp is also excited to announce that 10% of the gallery’s proceeds from this exhibition will go to support the Marsha P Johnson Institute, whose mission it is to eradicate systemic, community, and physical violence that silences our community from actualizing freedom, joy, and safety.

Gathering has long been entwined both with the festivity and politics of the LGBTQ community. From the Stonewall Riots and the foundations of the gay liberation movement by Marsha P Johnson and Sylvia Rivera, night provided a way to join together in safety and solidarity, less encumbered by the violence and dangers of queer persecution, forming and transforming as zeitgeists shifted.

Stellar’s 1994 photographs Safe Sex I and Safe Sex II are images of the Dada Ball of the same year, an AIDS Benefit held at Webster Hall (taking its name from the European avant-garde art movement). The dancer pictured (wearing only a thong), who has “safe sex” painted on his ass and “Housing Works” and “HIV” painted on his back, playfully integrates the devastation of the AIDS crisis with the joy and love provided by the larger community, visible on the ecstatic expressions of the attendees below him. Another group of photographs illustrates the 1987 edition of the Mr. New York Leather competition, a playful pageant where men flaunt their leather and bondage-ware.

Halloween Subway, 1984 welcomes a different perspective of a stoic subway passenger eccentrically dressed for Halloween, wearing a suit and bow tie along with gold mask, broach, and an organza veil draped over a top hat. With nonchalantly focused passengers to either side, this image not only highlights the intricacy and humor of a queer Halloween celebration, but also offers a subtle optimism in its casual unity. Or Stellar’s 1995 photographs of Ron Athey’s bloodletting performance, which offer a more politicized comment on AIDS and the body.

Particularly relevant at this time when socializing has been halted, and PRIDE festivities have been cancelled, Stellar’s glimpse of New York’s nightlife both lovingly and hauntingly remind us that survival and persistence has often come through the joys and power of unity. Stanley Stellar: Night, Life will be on view at Kapp Kapp, New York through August 9, 2020.